Dan Slocum Competes to be Kyocera’s Best Technician in America 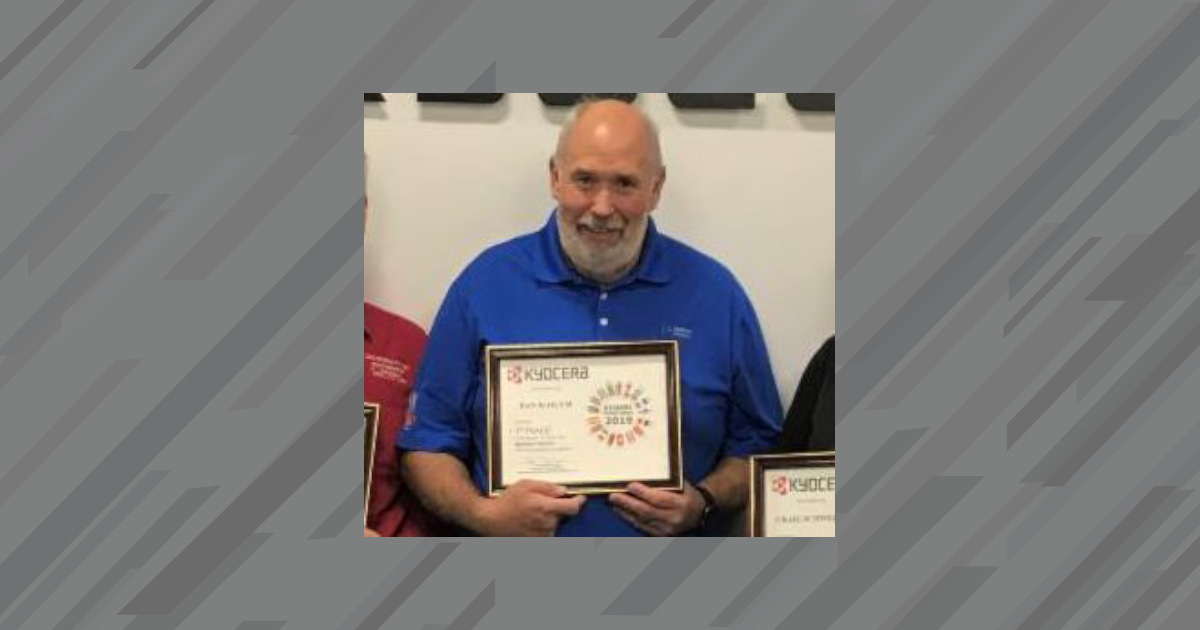 Big shout out to Century’s, Dan Slocum who competed Friday in Dallas Texas for the title of “Kyocera Best Technician in America.” Dan came in fourth place during this grueling national contest. Dan said, “the pressure might have gotten to me, the written test, the intense verbal questioning in a conference room with fifteen upper Kyocera management technicians and repairing an intentionally damaged machine all while being timed was a little intimidating. I’ll be back next year and be ready!”

Dan was vying for Century’s unprecedented fifth national title for this prestigious award. This is the tenth year that Kyocera has been promoting the competition and Century was looking to repeat after last year’s national winner Lance Roberts made Century a four-time winner of the title. The best technician contest is held worldwide with the winners receiving a trip to the headquarters of Kyocera in Japan and touring many of their plants.

Century is the only company with more than one contest winner. Great employees produce great results! Kyocera is a superior product in the office technology industry and Century is proud to uniquely sale and service the most reliable product in the industry.