Congratulations to all the team members pictured with awards in the regional Chicago office.
Pictured right to left are: 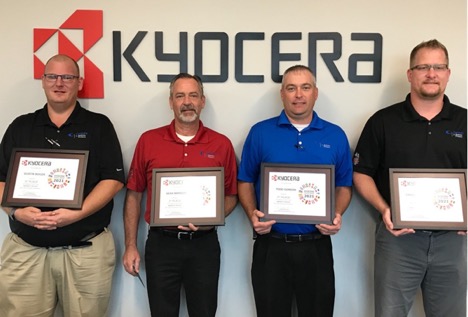