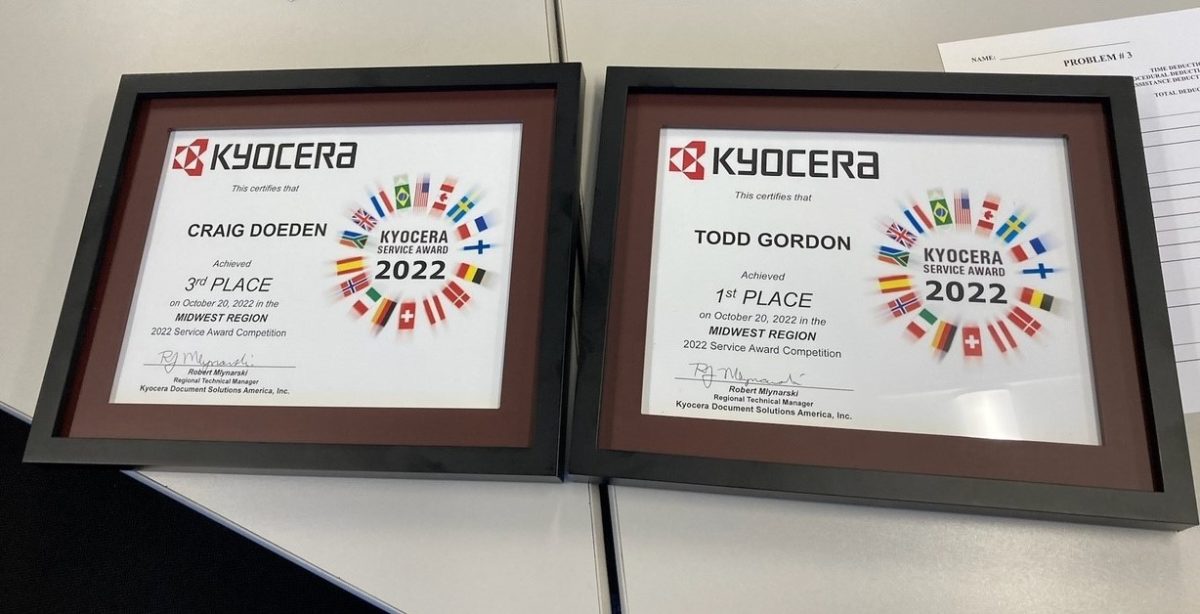 Century has won “Kyocera’s Best Technician in the Nation” contest four times since it began in 2009 and have had a top five finisher in the country every year since its inception in 2009.

Congratulations to both Todd & Craig from the team members of Century Business Products.