Century Business Products is proud to announce that Lance Roberts from the Pierre, SD office has won the “Best Technician in the Country” contest for Kyocera. This contest is open to any dealer in the country selling Kyocera products. There are roughly 2,000 technicians eligible to compete in the three stage process. The National contest was held in Dallas, Texas on December 14th. Contestants have to qualify by winning the regional contest that was held in Chicago a few weeks ago. Century is part of a thirteen state region making up the Midwest.

The competition consists of repairing multiple intentionally bugged machines, a written test and verbal questioning from a five-member Kyocera judging panel. To make the competition a little more strenuous and help with a possible tie breaker, all segments are timed.

Roberts will receive a cash reward and will be joining winners from around the world for a trip to Kyocera’s Headquarters in Japan, a tour of Kyocera’s newest factory in Vietnam and do plenty of sightseeing.

This is Century Business products fourth national winner since its inception in 2009, the only Kyocera dealer in the country with multiple first place winners. This is a true testament that Century Business Products vision has carried over from our customers complete satisfaction to our employees’ successes. 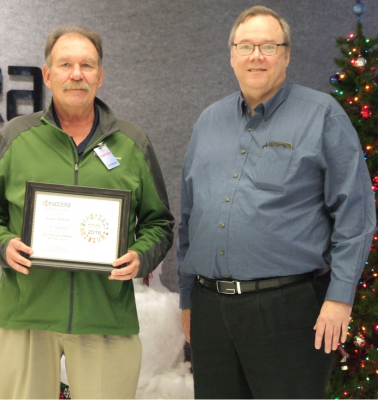 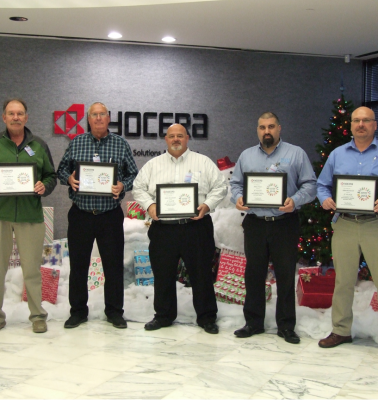